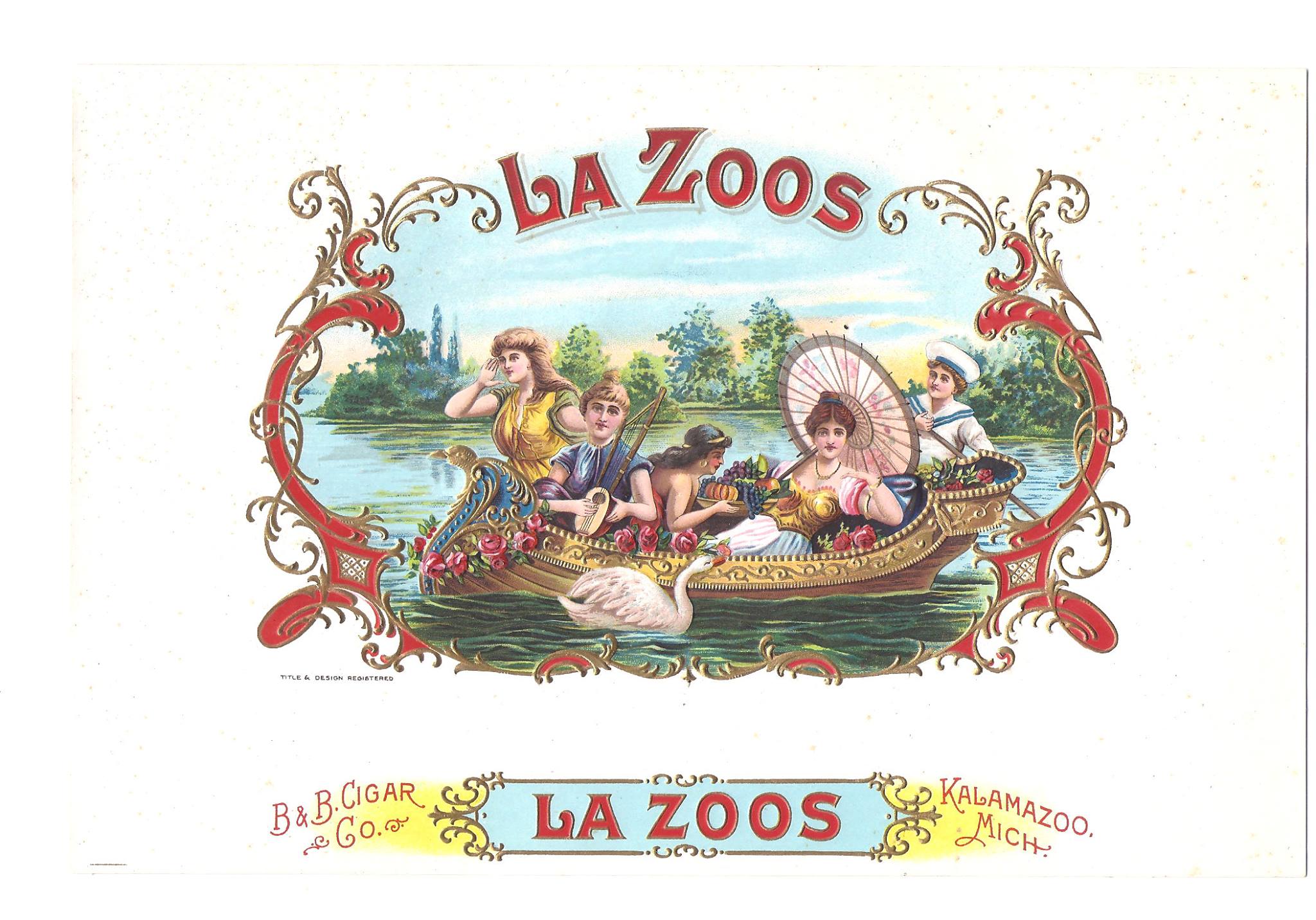 Cigar manufacturing in Kalamazoo wasn’t as significant as major industries like celery production or paper-making, but its colorful contribution did make an impact on the local economy for about twenty years, beginning around the turn of the last century, before the industry’s dramatic decline during the 1910’s. The local industry’s rise and fall was closely tied to labor dynamics. As the cigar industry grew after the Civil War, many labor unions formed to address hours, working conditions and wages. Overall, the unions had success in their negotiations with company brass, resulting in cigar workers making above average wages. “By 1885, some 500 men belonged to the union and there were eight factories turning out cigars at the rate of about 400 per man per day.” (Kalamazoo Gazette, October, 23, 1949). In 1889, the Cigar Makers Local 208 union organized the first Labor Day Parade in Kalamazoo.

“One of the first trades unions formed in Kalamazoo was organized by the cigarmakers. It was back in 1883 that this organization first came to life and for many years was the largest and most influential body affiliated with the Trades and Labor council.”–Kalamazoo Gazette (1921)

“The organization of cigarmakers known as the Cigarmakers’ International Union of American, which was organized during the year of 1864 for the purpose of bettering the working conditions of those employed in the craft. To increase the wage of the workers to such a standard that would maintain for them and those dependent on their labor the American principle of living, whereby for himself and family he may secure more of the real things of life. That he may give his children a better education. That through the shorter work day and more modern sanitary shop conditions, decrease the mortality rate of the craft. That by better home, social or economic environments become more inspired by greater ideals of life, thereby making himself more valuable to his family, himself and the community in which he may live. And finally the securing for himself and those dependent upon him the “undeniable” right at all times of creating those things through his labor energy which are necessary to life, liberty and happiness. That he and his family may live as free born American citizens. All these things being necessary essentials to the advancement and development of any people, government or country of the world.”–Felix A. Gallagher

Cigar workers were highly skilled, often learning their trade through apprenticeships. There were several classes of workers connected to their role in the production process, including Strippers, Selectors, Bunchers, Rollers, Packers, and Banders. Wages were largely determined by a worker’s skillset, in addition to speed-based incentives. By the 1900’s, the once mostly male-dominated profession had shifted toward the hiring of young women.

The two largest companies in Kalamazoo, Lilienfeld (aka Lilies) and Verdon, departed from Kalamazoo in 1908 and 1909, in order relocate their production facilities to larger cities like Detroit, where they could take advantage of less expensive labor pools–namely women and newly arrived immigrants from Germany and Poland. Before leaving for Detroit in the winter of 1908, Lilienfeld and the local 208 union clashed over pay and newly instituted mandates regarding worker efficiency. A contentious strike ensued, and after the two parties failed to agree, Lilienfeld left Kalamazoo. It’s departure led to many workers either heading with the company to Detroit, seeking work in other cities, or the learning of another trade.

While Lilienfield and Verdon provided the community with the most jobs, there were many smaller firms that continued after the defections of the big two, many of which were formed by ex-employees. They were:

During the years 1924-1934, the number of cigar manufacturers in town dropped to only two. The last of the local cigarmakers was John Vander Weele, who began his business with his brother Anthony in 1909. Vander Weele finally called it quits in 1968. Vander Weele’s shop was located at 1211 N. Westnedge.

Some of the more colorful names conjured by companies to distinguish their cigars from that of their competitors include: “Charles Darwin”, “Miss Kazoo”, ”United States Senator”, “The Winner”, “La Cora”, “Little Dukes”, “La Verdo”, “Wolverine Girl”, “Sonnie Jim”, and “Little Beauties”.

Wooden cigar boxes provided companies with the opportunity to visually promote their brand. Women were often part of a company’s brand motif.

Kalamazoo: The Place Behind the Products, An Illustrated History, Larry B. Massie and Peter J. Schmitt

Once a Cigar Maker: Men, Women, and Work Culture in American Cigar Factories, 1900-1919, Patricia A. Cooper