Read Along!
Library League
Outside Storytime

It was sustained for a mere four years, from 1844 to 1848, but history has not forgotten the effort put forward by a small collection of quixotic people situated in Comstock Township, eager to establish and nurture a form of communal living that was thought to be capable of resolving social discord and false hierarchies. It was named The Alphadelphia Association.

The Allure of Utopia

In December of 1843, near Clark’s Lake in Jackson County, a meeting of about 56 persons from “Wayne, Oakland, Washtenaw, Genesee, Jackson, Eaton, Calhoun, and Kalamazoo” assembled in a school house to first debate, and then to draft a constitutional framework for an organization based on the communalist teachings of French socialist Charles Fourier. Fourier (1772-1837), an eccentric 19th Century thinker writing during a time in which utopian models were in vogue throughout England, Europe and the United States, argued against a society organized around the principles of selfish individualism. Instead, he promoted a version of life assembled around small, industrious colonies that shared in the fruits of their labor. These theories were often attractive to pioneers seeking out new, and in some cases, radically novel ways of prospering in the new nation. These pre-Civil War years in America saw the development of both religious and secular experimentation with notions of communal subsistence that promoted alternatives to bare-knuckle capitalism and private property, often with a component of intentional living at its core. “This golden age of reform gave rise to movements promoting abolition, women’s rights, temperance, health reform, and imaginative new religions.” (Encore Magazine, p.15)

“To Fourier’s way of thinking, social structures that were based on competition and individualism were not only imperfect, but they were immoral and counterproductive to the advancement of mankind. Fourier’s ideal colonies, known as Phalansteries, would be self-sufficient little cities of 1620 people. A huge Phalanstery building provided for group living under one roof and community meals. A new code governing relationships between the sexes legalized “free love.” Plenty of time and energy would be reserved for cultural activities but work would remain important and its products would be distributed one third to capital, one quarter to talent, and five-twelfths to labor.”–Encore Magazine, Sept./Oct. 1984

The most enthusiastic founder of the group, and who oversaw much of the organizing process was Dr. Henry R. Schetterly, a resident of Ann Arbor. Schetterly had read about Fourier’s theories through the writings of Horace Greeley and Albert Brisbane. After three days of debate regarding the drafting of a constitution, the group concluded that its first step was to locate land suitable for their cooperative living model. A committee was formed and a search for affordable land with access to water began. The appeal of land situated along the fertile Kalamazoo River lured the group to Comstock Township, just west of Galesburg. Upon their discovery, committee members wrote back describing the area in glowing terms.

“The Kalamazoo River is a large and beautiful stream, nine rods wide and five feet deep in the middle, flowing at the rate of about four miles per hour, and with eight feet fall, which can be obtained without flowing any land worth mentioning; by digging a race one mile and a half in length, it will propel 100 run of stone in the dryest season. The digging is easy, and may be nearly all done with scrapers and teams…

There is a large spring of purest water about half a mile distant from the place where our mansion will stand, furnishing water sufficient for drinking and culinary purposes, in all our manufactories and the mansion and supplying, besides our daily with fresh water…

Cobblestones are found in sufficient quantity for foundations and building a dam, easily accessible. Beds of clay and sand exist where excellent brick have been made.”–History of Kalamazoo County, 1880

Upon reviewing the land near Galesburg that would become the association’s headquarters (or Phalanx), Schetterly persuaded many of the existing settlers living nearby to join in the group’s formation. “He described in glowing terms the possibilities for a better life the new brotherhood would bring, relating visions of Arcadian healthfulness, of a pastoral life full of happiness and mutual comfort, of a Utopia on the banks of the beautiful Kalamazoo River.” (Encore Magazine, p.16). Socialist principles were an easy pitch to settlers who struggled to survive such an arduous existence, and who already embraced a model of sharing and gathering with neighbors when needs arose.

Life on the Commune

By the spring of 1844, there were 1300 Alphadelphian members. Men, women and children, whatever their particular skill, trade or vocation, would show up each day to ply their particular craft for the collective good of the group. Fourier advocated that individuals cycle from job to job during the day in order to counter the effects of boredom. The goal as Fourier theorized, was to match talents and skills with those members who possessed them.

In addition to the building of a saw mill and the digging out of a mill race, members constructed a two-story, wooden “mansion”. The following year, a wagon shop, a blacksmith shop and several barns were added to the blossoming social experiment. Despite the hardships faced by the group, the first two years of their experiment was arguably a success. But the shared prosperity was short-lived, as cracks in the foundation of the association’s social and economic model began to show as early as 1846. Over the course of the following two years, the Alphadelphia Association’s lofty ideals began to erode under the weight of economic realities. Increasingly, the romantic commitment to shared sacrifice and prosperity showed signs of wear and tear. Historian Larry B. Massie suggested that the commune’s gradual deterioration was the result of several factors, including a lack of sustained revenue coupled with an increase in the number of large, poor families incapable of contributing their fare share.

“The Alphadelphians were strong on theory, had more than enough land and plenty of labor, but there was little money coming in. The lack of available capital produced unemployment and its consequent demoralization. The quality of the food declined to the point where buckwheat cakes comprised practically the sole staple.” (Encore Magazine, pg.21)

By 1848, members began to leave the group for other opportunities, or in some cases, remained in the area, but toiled only for themselves. Some members financially suffered while others gained. The idealistic Schetterly sought new adventures as well after the disbanding of his grand experiment. He left Michigan for other Fourier-inspired communes in surrounding states, but later ended up as a lighthouse keeper in Grand Traverse Bay, possibly having lost faith in his previous doctrines.

In 1849, Kalamazoo County purchased a 173-acre tract of land that was previously part of the association’s holdings. The county proceeded to convert the land into a “county poor farm”–a place “where indigent senior citizens and, in the 19th century, the insane lived out their last days.” The Alphadelphia Association’s main building was said to be part of the structure that later became known as the “County Rest Home”, which was decommissioned in the early 1970’s. 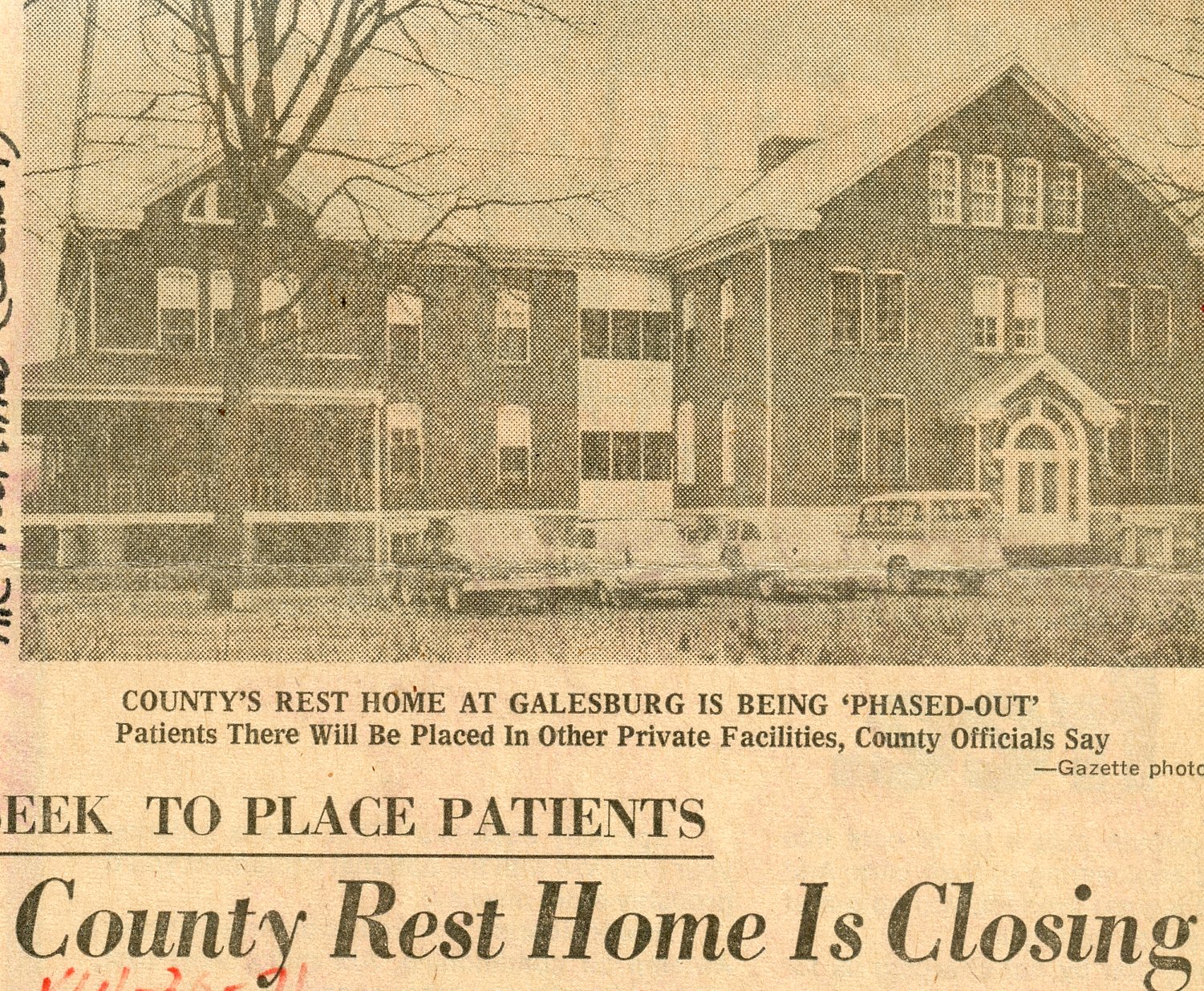 Today, the land near where this bold experiment in socialist living once stood, makes up the River Oaks Park.

Alphadelphia: A Honey of a Theory but Some People Got Stung, Larry B. Massie, Encore Magazine, Sept./Oct. 1984