Register for Read and Run
Storytime at the Farm 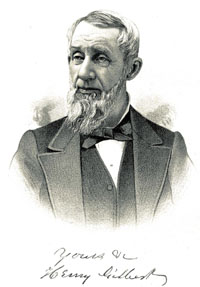 In the spring of 1834, Henry Gilbert, a young printer from Yates County, New York, was moving to Chicago with his wife. He stepped off the stagecoach in White Pigeon to stretch his legs and overheard John DeFrees say that he wanted to sell his year-old newspaper, The Michigan Statesman and St. Joseph Chronicle. Gilbert bought the paper from DeFrees on the spot and never returned to the stagecoach. Thus began what eventually became the Kalamazoo Gazette, the oldest continuously publishing newspaper in Michigan outside of Detroit. That conversation was a fortunate one for the citizens and historians of Kalamazoo because almost all of those papers still exist, providing a fine record of the history of the city.

A Newspaper Comes to Kalamazoo

The following year the U.S. Land Office was moved from White Pigeon to the village of Bronson. Gilbert moved the paper along with it, thus establishing what is now the oldest business in the city. The name of the village was soon changed to Kalamazoo, so on January 23, 1837, the name of the paper followed suit and began publishing as the Kalamazoo Gazette. It then occupied a two-story building on North Edwards Street. Gilbert remained its editor and publisher until 1844, although he continued to live in the city and was active in its affairs throughout his long life.

The Gazette began life as a staunchly Democratic newspaper. As was the case in many towns, there was for many years a rival paper, first the Western Banner, then the Telegraph, which supported the opposite party. After a series of mergers, the Gazette bought what was then the Telegraph-Press in 1916 and finally became politically independent. In the early years, newspapers said things in print that no reputable newspaper could now do under the current libel laws, but the spirited arguments kept things stirred up and, of course, helped to sell papers.

In step with the growth of the town and of technology, many changes occurred in the publication of the paper. The establishment of telegraph service here in 1848 greatly improved the speed of reports from New York, Washington, and other far-away places. By March 26, 1872, the town had grown sufficiently that the weekly paper became a daily under the leadership of Andrew J. Shakespeare. It was then published in a building on Main Street, opposite what is now the Haymarket Building. The Gazette bought out the rival Evening News in 1900 and the Telegraph-Press in 1916, when it became the only daily paper in Kalamazoo. Over the years, it upgraded its presses several times, most recently in 2003. It added a photoengraving department in 1937, and wirephoto service in 1945. The paper moved to its present location on South Burdick Street in 1925 and has expanded its building several times. In the early days, of course, type was set by hand. The linotype machine, introduced in 1900, made the process less time-consuming. In the 1960s punch-tape typesetting began the process of automation. In May 1980 computerized typesetting and editorial video display terminals were installed. They began operation on the 13th, a day no Gazette employee will ever forget because it was also the day a killer tornado hit the city. The staff persevered and produced the tornado “Extra” on the new system. 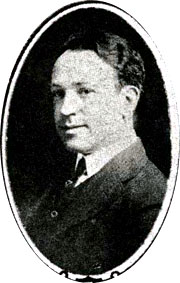 The longest serving editor of the Gazette, and certainly one of its most influential personalities was John K. Walsh, who served in that capacity from 1912 to 1959. A native of Melbourne, Australia, Walsh came to this country to further his education and made Kalamazoo his adopted home. At his retirement, Walsh described his life’s objective as “molding the character of the Gazette, in its evolution from a provincial, partisan small-town journal to its present independent, cosmopolitan status.” In addition to molding the paper, he also helped mold the city. His support was a major factor in the 1918 adoption of the city manager-commission form of government. His active campaign helped to give Kalamazoo the first licensed airport in Michigan. He is also remembered for his advocacy of the city’s arts and education.

Walsh was succeeded by Daniel M. Ryan who led the paper, first as editor and later as publisher, for nearly three decades. Born and raised in Kalamazoo, Ryan never intended to be a journalist at all, but was hired by Walsh who had read some of his letters home from the Pacific theater in World War II. He was remembered for his fairness, his respect for others, his charm and sense of humor, and his leadership through the local Civil Rights crises in the 1960s and ’70s. He became affectionately known as “Mr. Kalamazoo” and was inducted into the Michigan Journalism Hall of Fame in 1994. He probably spoke for many Gazette staffers when he described the newspaper business as a “fascinating, exciting, stressful, demanding, irritating, depressing, exhilarating, frustrating yet fulfilling career.”

History of the Kalamazoo Gazette to 1862

Newspapers of Kalamazoo and their noted personalities: 1835-1890

“Death of an old and respected citizen” [Benoni Gleason]

“Pressing Ahead: Welcome to your new Gazette”