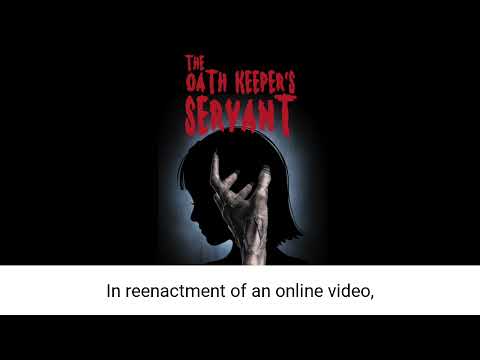 Kalamazoo Public Library presents Writers’ Block, a forum where independently published local writers can tell the world about their work. This episode features author Zach Kuhl discussing his book The Oath Keeper’s Servant. (Copies will be available at KPL soon!)

About the Book
Fourteen-year-old Cassie suspects the upcoming summer and school year to be the same as all those before. To add some flair into what she expects to be another mundane couple of months, she and her friends replicate a video spreading across the internet. Their attempted reenactment goes awry when the Oath Keeper, a malicious entity who seeks her as a vessel to restore his dying soul, abducts Cassie. After the Oath Keeper places a seven-pointed star atop her wrist, Cassie is temporarily released. With no one believing her claims and fearful the Oath Keeper is corrupting her mind, Cassie’s school year devolves into one of paranoia, fear, and loneliness. Unable to avoid the Oath Keeper’s manipulative sway for long, Cassie must find a way to kill him or drive him away. Failure to escape will result in her becoming a passenger in her own body, snatched away from friends and family forever.

About the Author:
Zach Kuhl is a graduate of Western Michigan University with a degree in creative writing. He writes fantasy, sci-fi, and horror, of which the Oath Keeper’s Servant is his second published book. Outside of reading and writing, he spends his time playing Pathfinder, video games, and other such activities.

Zach lives in Michigan with his two dogs, a Greyhound named Chloe and an Australian Shepherd named Mable. Learn more at https://www.zachkuhlbooks.com/.