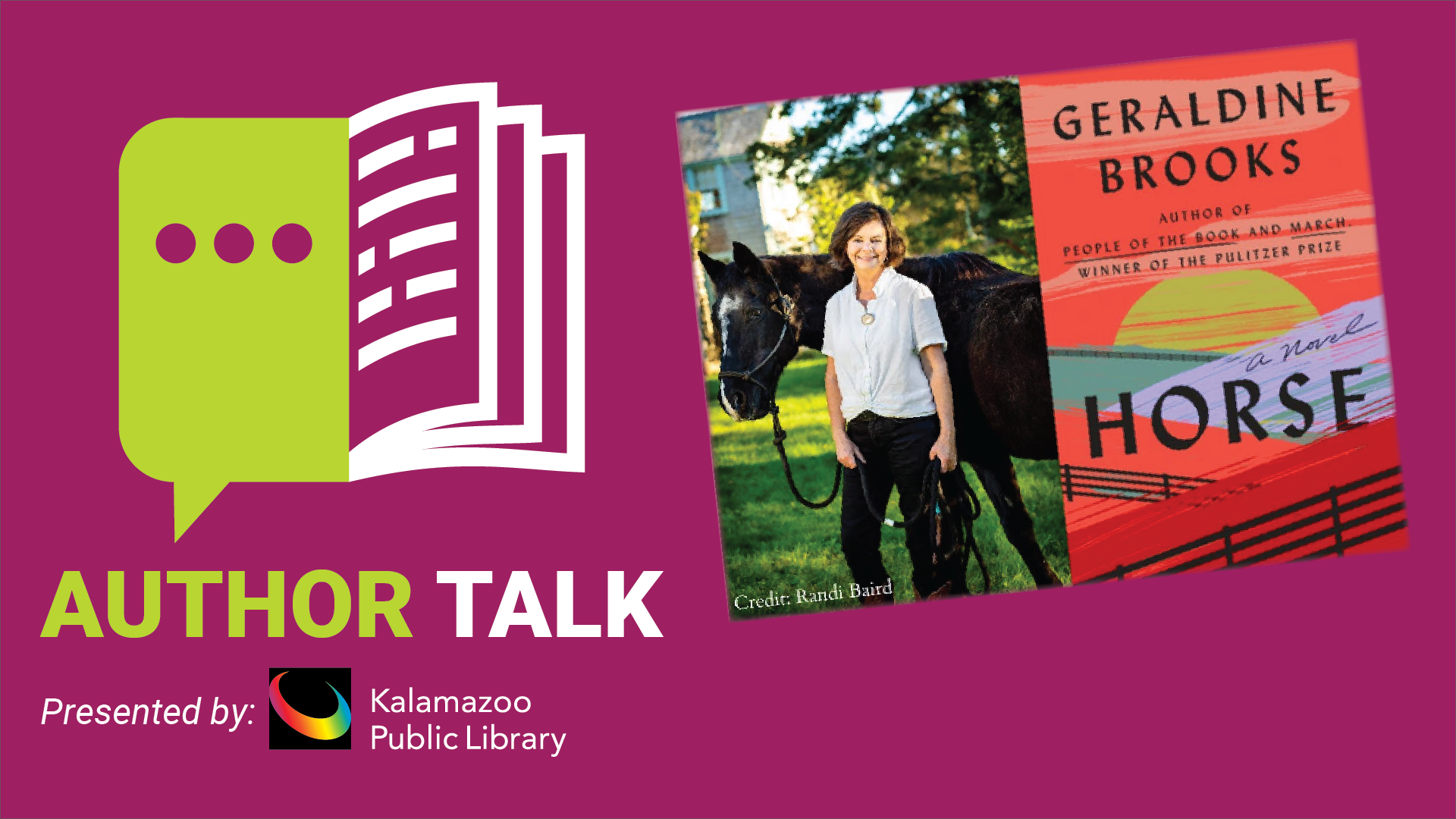 KPL is pleased to present a series of exciting author talks. Enjoy a range of talks from bestselling authors and thought leaders!

Join us for an exciting virtual chat with the highly-acclaimed and award-winning novelist, Geraldine Brooks in conversation about her most recent New York Times Bestselling novel Horse. Brooks braids a sweeping story of spirit, obsession, and injustice across American history.

Kentucky, 1850. An enslaved groom named Jarret and a bay foal forge a bond of understanding that will carry the horse to record-setting victories across the South. When the nation erupts in civil war, an itinerant young artist who has made his name on paintings of the racehorse takes up arms for the Union. On a perilous night, he reunites with the stallion and his groom, very far from the glamor of any racetrack.

Washington, DC, 2019. Jess, a Smithsonian scientist from Australia, and Theo, a Nigerian-American art historian, find themselves unexpectedly connected through their shared interest in the horse–one studying the stallion’s bones for clues to his power and endurance, the other uncovering the lost history of the unsung Black horsemen who were critical to his racing success.

Based on the remarkable true story of the record-breaking thoroughbred Lexington, Horse is a novel of art and science, love and obsession, and our unfinished reckoning with racism.

About the Author: Australian-born Geraldine Brooks is an author and journalist who grew up in the Western suburbs of Sydney, and attended Bethlehem College Ashfield and the University of Sydney. She was awarded the Pulitzer Prize in fiction in 2006 for her novel March. Her first novel, Year of Wonders, is an international bestseller, and People of the Book is a New York Times bestseller translated into 20 languages. She is also the author of the nonfiction works Nine Parts of Desire and Foreign Correspondence.

Brooks married author Tony Horwitz. They have two sons and two dogs. They divide their time between homes in Martha’s Vineyard, Massachusetts, and Sydney, Australia.