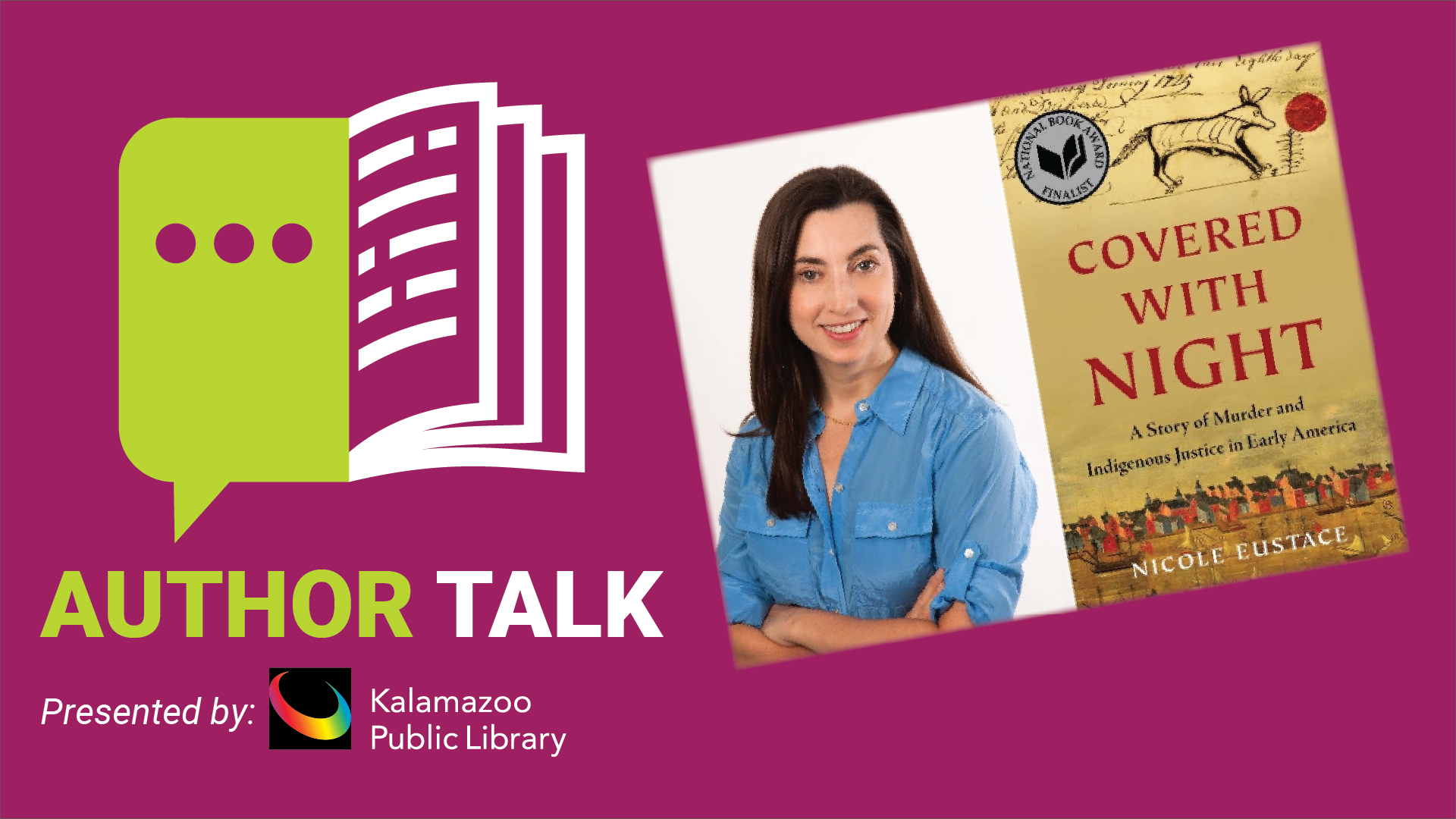 KPL is pleased to present a series of exciting author talks. Enjoy a range of talks from bestselling authors and thought leaders!

You’re invited to explore early-American history during an online afternoon conversation with Pulitzer Prize-winning historian Nicole Eustace as she discusses her 2022 award-winning book Covered With Night: A Story of Murder and Indigenous Justice in Early America.

On the eve of a major treaty conference between Iroquois leaders and European colonists in the distant summer of 1722, two white fur traders attacked an Indigenous hunter and left him for dead near Conestoga, Pennsylvania. Though virtually forgotten today, this act of brutality set into motion a remarkable series of criminal investigations and cross-cultural negotiations that challenged the definition of justice in early America.

In Covered with Night, Dr. Eustace reconstructs the crime and its aftermath, bringing us into the overlapping worlds of white colonists and Indigenous peoples in this formative period. As she shows, the murder of the Indigenous man set the entire mid-Atlantic on edge, with many believing war was imminent. Isolated killings often flared into colonial wars in North America, and colonists now anticipated a vengeful Indigenous uprising. Frantic efforts to resolve the case ignited a dramatic, far-reaching debate between Native American forms of justice—centered on community, forgiveness, and reparations—and an ideology of harsh reprisal, unique to the colonies and based on British law, which called for the killers’ swift execution. As Eustace powerfully contends, the colonial obsession with “civility” belied the reality that the Iroquois, far from being the barbarians of the white imagination, acted under a mantle of sophistication and humanity as they tried to make the land- and power-hungry colonials understand their ways.

About the Author: Nicole Eustace is a professor of history at New York University. A historian of the early modern Atlantic and the early United States, she specializes in the history of emotion. She is the author of Pulitzer-Prize-winning Covered with Night: A Story of Murder and Indigenous Justice in Early America, as well as Passion Is the Gale: Emotion, Power, and the Coming of the American Revolution and of 1812: War and the Passions of Patriotism as well as co-editor of Warring for America: Cultural Contests in the Era of 1812.